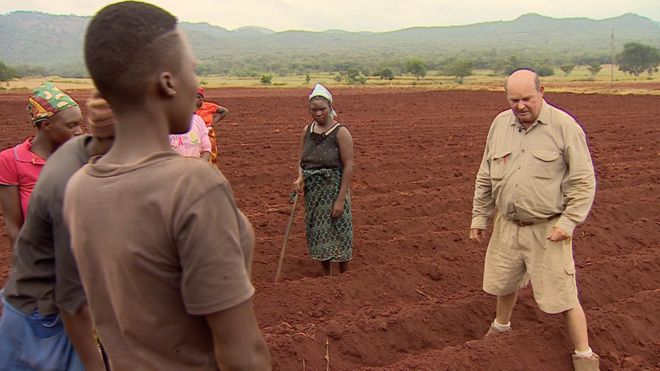 Dave Wakefield, who lost his farm in 2001, has leased land from a black owner

In Zimbabwe, thousands of white farmers were forced from their farms, sometimes violently, between 2000 and 2001 under a government programme of land reform. The seizures were blamed for destroying Zimbabwe’s economy, and ruined relations with the West. A new plan to compensate the farmers could restore donor confidence but it has divided the country, as the BBC’s Shingai Nyoka reports.

The rolling hills beyond the rich farmland remind Dave Wakefield of what he lost. He points out a distinct bald hilltop among them and laughs, “bald like me”.

It is part of the Chaddesley Estate, which used to be his 2,000-hectare property.

He bought it in 1980 after the government of newly independent Zimbabwe relocated him from another piece of land, which his family had farmed for generations. He purchased Chaddesley with compensation money and a bank loan. 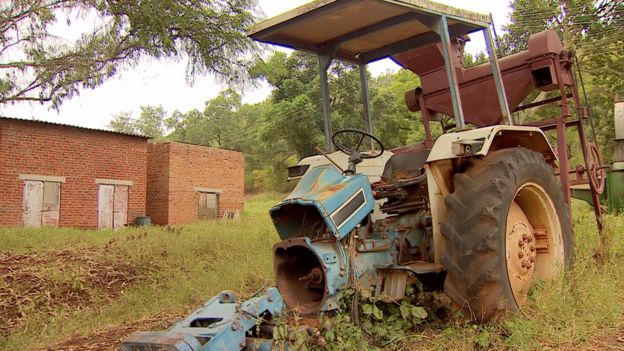 He was forced off the estate in 2001, as part of former President Robert Mugabe’s policy to give land to the majority black population.

He argued that this was to redress colonial-era land grabs, when much of the country’s best land was reserved for the white population and black farmers were forced onto marginal areas.

Between 2,000 and 3,500 white farmers were evicted from their farms, some with only the clothes on their backs.

For years their claims for compensation had largely been frustrated, but recently things have begun to change.

President Emmerson Mnangagwa’s government has now pledged to make an estimated interim payment of $16m (£12m) to farmers in distress, while they work out the total compensation to be paid.

A mainly white farmers’ group, the Commercial Farmers Union (CFU), says the figures being mentioned are nowhere near enough – it says its members are owed up to $9bn in compensation.

From the interim payout, Mr Wakefield will receive about $20,000 of the $2m he believes he is owed, nevertheless he welcomes it as better than nothing.

“Six hundred of our members have died, my friend just passed… so he is never going to benefit,” he says.

“So yes it’s a step in the right direction, it will help pay for medicals and food in the interim.

“We lost pensions and are unemployable. We are living from hand to mouth and so it is interim help and I am grateful.” 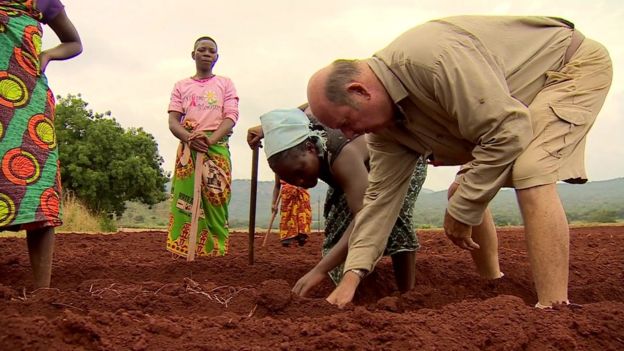 Mr Wakefield is now 72 and has been forced to rebuild his career from scratch.

He is leasing a small farm from a black owner in central Zimbabwe and is cultivating potatoes and maize. But it is a far cry from the operation he used to run.

The need to pay compensation is written into the constitution adopted in 2013 and it did begin under Mr Mugabe, but only in a piecemeal fashion, according to the CFU.

The authorities are only legally required to pay for infrastructure such as buildings and dams. They will not pay for moveable assets that were left behind, such as tractors and irrigation pipes.

The government says that it will not compensate the farmers for the value of the land that they lost, which has always been one of the main bones of contention.

In 1980, Zimbabwe gained independence from white-minority rule. At that time, most of the country’s arable land was owned by some 4,000 white farmers.

But the pace of land redistribution was slow.

In 2000, President Mugabe supported land invasions by a mix of government forces and vigilante groups.

Government spokesman Nick Mangwana insists that this is not an issue up for debate.

“The compensation of land is a settled issue, and we are not revisiting it,” he says emphatically from across his desk.

“We enacted our constitution… and it also calls on the former colonial power [the UK] to support the compensation of the land,” he told the BBC.

“If we say we are paying for the land – which we are not going to do – no government will stay in power because the people don’t want to pay for colonialism.”

The question of land ownership remains an emotive one in Zimbabwe.

In Mazowe, an hour’s drive north of the capital, Harare, Baldwin Mazango is inspecting the maize crop in the rich, red fertile soils of his farm, and what for many is a sacred burial site. 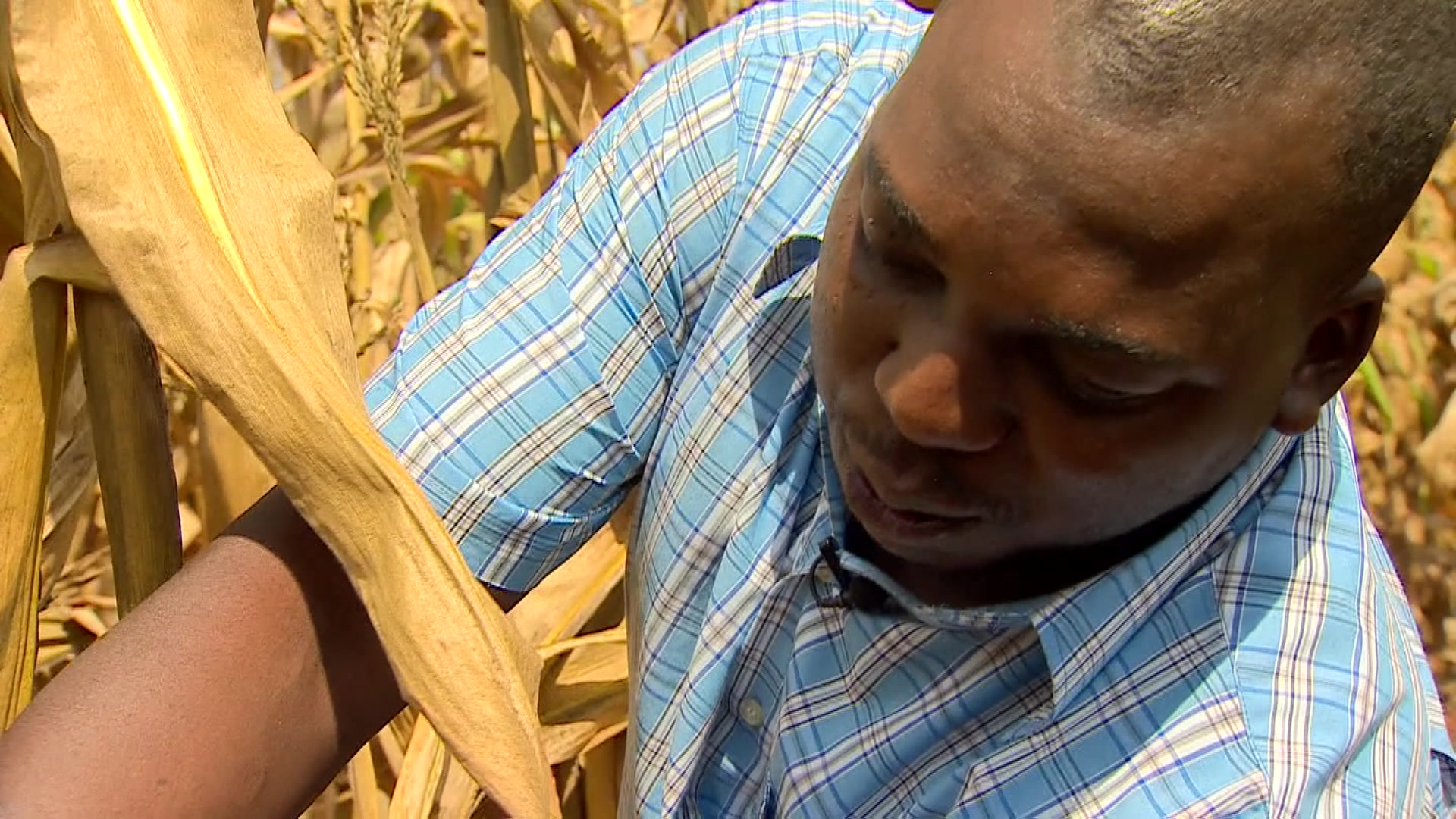 He points out a hill where some of the original land owners were buried, killed during the battles over land with the first white settlers.

He turns and points to another range, where the leaders of the late-19th Century first war of liberation, known as the First Chimurenga, coordinated their attacks against the settlers. It is a constant reminder to him of what was lost here.

Mr Mazango pays a land tax which contributes to a compensation kitty for white farmers but he does not believe payment should be made for the land.

“Some of [the settlers] paid $1 or $2 a hectare in today’s money. It was just a token payment. It was not the real value of the land.

“How can they [ask for compensation], because I will say my forefathers will also need to be compensated because they were removed from where they gained their livelihoods.”

How to balance expectations across the racial divide has been a dilemma for the government.

At stake, too, is its relationship with the Western countries who have made total compensation one of the conditions for the lifting of decades-old economic sanctions.

The farmers have proposed that Zimbabwe agrees on a debt plan, to borrow the compensation money.

In the meantime, the interim payments are due in the coming months. This could be the first step, but by no means will it close the chapter on Zimbabwe’s land ownership question.