Zimbabwe is struggling to control the triple whammy of currency devaluation, inflation and a shortage of cash. Now it plans to print new Zim dollar notes in an attempt to solve the problem.

Zimbabwe is trying everything in the book to address a currency crisis that has undermined its productive capacity and threatened its economic sustainability. But its measures so far seem to have had little effect.

The country has since last year flirted with policy reforms aimed at stabilising the flagging financial sector. These began in October 2018, with the separation of local and foreign currency accounts — a tacit recognition by the government that the US dollar-denominated local bond notes and electronic balances were not of equal value to the greenback.

Then, in February, the country’s multiple local currencies — electronic and mobile money, and the bond notes that had been introduced in 2016 to alleviate a cash crunch — were merged into the real-time gross settlement dollar, or RTGS$. Unpegged, it originally floated against the dollar at a rate of 2.5:1 — but soon lost its purchase.

In June, finance minister Mthuli Ncube took matters a step further, banning the use of foreign currencies in local exchange and reintroducing the Zimbabwe dollar (as the amalgamated currency would now be known). The objective — largely scorned by the opposition at the time — was to reintroduce a local currency and relieve a severe cash shortage.

Ncube also hoped to address a misalignment that had developed between the value of electronic money and bond notes due to a shortage of cash. Currency traders had begun charging mobile wallet holders a premium of up to 50% to access their funds, giving rise to a situation in which goods were priced differently depending on the form of payment. Mobile payment attracted a higher price because of the premium the retailer would have to pay to withdraw that money. 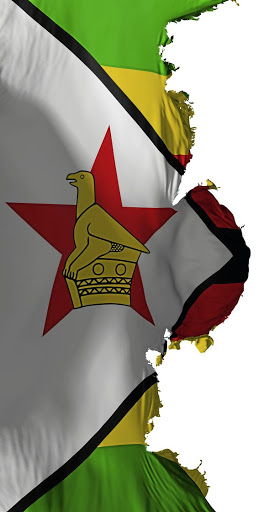 In an attempt to mitigate this, the central bank last month banned mobile money functionality, including deposit and withdrawal services. However, after Econet — which runs the popular EcoCash mobile money service — took the matter to court, central bank governor John Mangudya lifted the ban. Instead, he imposed a Z$100 transaction limit on cash deposits and withdrawals from mobile money wallets.

Not that the currency traders have balked: a cash-out still attracts a 40% premium. And even if wallet holders are prepared to stump up for multiple transactions, they can only access 60% of their balance in cash. So the cash shortage, and differential pricing model, has continued.

Now, the government has announced it will print more cash to increase liquidity. Last week, the central bank said it would introduce a Z$2 coin and Z$2 and Z$5 notes this month to “boost the domestic availability of cash for transactional purposes through a gradual increase in cash supply over the next six months”.

Ncube insists this is just a cash injection, rather than the introduction of yet another currency.

But Joseph Busha, a local businessman and leader of the opposition FreeZim Congress, is not convinced. “When RTGS$ was introduced, it was supposed to increase liquidity. Then came bond notes, and again our liquidity issues [were] not resolved,” he says. “The new currency they want to introduce — I don’t think it will solve anything because it is not backed by production.”

It’s a sentiment echoed by former finance minister and Movement for Democratic Change MP Tendai Biti. He believes the government should focus on supporting productivity rather than changing currencies. “Productivity is key — importantly, productivity on the farms,” he says. “We have to deal with the enablers of productivity, which include electricity and access to forex.”

In fact, Biti believes the government should swallow its pride and embrace the US dollar again.

But it’s a move President Emmerson Mnangagwa and Ncube have resisted, despite calls by civil servants and striking doctors to be paid in foreign currency.

Ncube has argued that increased production will flow from policy reforms. He insists that a “conversion of short-dated treasury bills into long-dated savings bonds”, issuing of savings bonds, the “use of statutory reserves and cash-backed letters of credit”, and regulating speculative activity in the forex market will support the domestic currency and make local producers competitive. 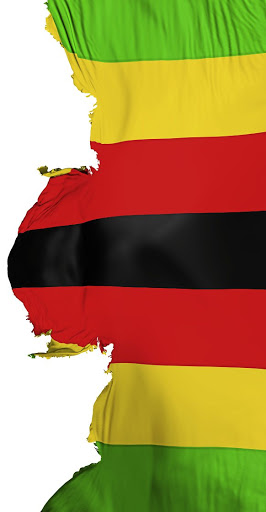 But analysts are not buying this. “[The government] knows it can’t pay civil servants in foreign currency, and that’s why it’s insisting on returning to domestic currency,” says independent economist Moses Moyo. “Simple economics tells you that printing more money fuels inflation and that’s what will happen.”

Ncube recognises the other challenges bedevilling Zimbabwe. At a 2020 pre-budget seminar in Victoria Falls last week, he pointed to “forex shortages, currency devaluation [and] inflationary pressures”. So dire is the situation that the finance ministry believes the economy will contract more than 6% this year, pointing to further tough times ahead for consumers and business alike.

Already, companies are resorting to “a daily review of prices to remain in business”, says Oswell Binha, CEO of the Zimbabwe chapter of the CEO Africa Round Table.

Other CEOs surveyed by the FM believe stabilising the volatile rate of exchange will stabilise inflation, which US economist Steve Hanke, posting on Twitter last week, put at 577% year on year.

The Zim dollar has continued its downward slide. At the beginning of the month, it was trading at 20:1 to the US dollar on the streets of Harare, and at Z$15:$ on the official interbank market (from Z$2.5:$ in February).

In part, the central bank blames the currency devaluation, and resultant inflation, on the private sector. It says private reserves — arising as matured treasury bills are cashed in — are being used to buy up forex on the parallel market.

The bank says excess local funds held by only a few companies are being used to buy foreign currency on the streets. Because the funds are significant, the holders are pushing up rates — subsequently driving up inflation — and also starving the official interbank market of foreign currency flows, as people opt for illegal markets where returns are more lucrative.

Two banking finance managers tell the FM that foreign currency inflows to the interbank exchange are “sluggish”, and rates on the platform continue to lag those on the parallel market.

“There is a need for the interbank market rate to float freely and we believe this will in the long run help bring about convergence [between the official and parallel market rates], which will lead to more forex resources being brought on to the official market,” says one of the finance managers, who works for a commercial bank.

“Current measures have helped a bit to force companies to bring their forex onto the official market, but as soon as people … start getting more value elsewhere, you will always have problems.”

But Moyo believes the solution lies elsewhere. “[Ncube] can’t be blaming treasury bills [for currency devaluation and inflation] when it is the government that issued those notes in the first place,” he says. “We should stop addressing symptoms and move to address confidence issues and productivity.”