Itai Mushekwe
COLOGNE– China has sunk her dragon claws deeper into Zimbabwe’s social, political and economic bone marrow by reportedly acquiring vast tracks of land in Mt Hampden, the new capital city of the country, thus effectively buying and owning it for a song, well before construction is even completed, Spotlight Zimbabwe, has been told. Diplomatic and high level government sources at the ministry of lands, agriculture, and rural resettlement this week said Beijing had also struck a deal to provide the more than US$20 billion needed by government to develop the city, which is expected to house a new reserve bank, parliament building, international airport, government departments, presidential palace, shopping malls, five new opulent residential suburbs, and industrial sites.

Other features of the new city include a university, technology centre, schools, churches, hospitals, and official residences for the speaker of parliament and senate president.

Workers building Zimbabwe’s new parliament building. The China-funded project is due to be completed in March, 2021. [Photo: China Plus/Gao Junya]
A preliminary map shows that the city will cross Nyabira, Mt Hampden and parts of Mazowe in Mashonaland Central province, while bordering with Westgate on the present outskirts of Harare.

The revelations come at a time when President Emmerson Mnangagwa, is said to be under fire and in trouble with the military for doling out more land to foreign governments in Eurasia without their explicit approval, especially Belarus, which has been offered 10 000 hectares of land for agricultural production in Zimbabwe by Mnangagwa. Minsk and its team of investors have indicated an interest to developing land in the Kanyemba Mbire District area, located on the south bank of the Zambezi river at the extreme northernmost point of Zimbabwe at the meeting point of the Zimbabwean, Mozambican and Zambian borders.

“Commercial farmers in the area are going to be affected as many will be forced to move away or cede massive portions of their farms to government, to allow for fast-track commercial and infrastructural development of the primate city,” said a lands ministry official familiar with the Chinese takeover of Mt Hampden.

“A lot of farmland in and around that whole Mt Hampden area now secretly belongs to China although it is still in the hands of local farmers on paper. The Chinese began as far back as 2003 to acquire land in this country when the former leader, Robert Mugabe, launched his Look East Policy. These deals are shrouded in mystrey, and a considerable number of Zanu PF chefs owning multiple farms, are actually fronts for the Chinese government. We have their names, but they’re untouchable and some of them are and have been members of the presidium.”

A diplomat in Harare familiar with the development said Zimbabwe was of strategic importances to China in the Southern African region, as she also informs their foreign policy on Africa to a certain extent. The envoy said Harare was financially broke and was taking huge loans from Beijing, some of which are never officially announced, including the US$20 billion plus needed to breathe life into the development of Mt Hampden.

“Zimbabwe is very important to China,” said the diplomat. “They have captured the new capital in Mt Hampden, and will pour billions of dollars needed for the city to take shape. Harare is broke and taking more loans than is officially announced, including the US$20 billion for the new city’s infrastructure development and expansion.”

Another diplomat serving his final term in the capital, said there is even a bigger story behind China’s land buying spree in Zimbabwe.

“There is nothing like a free lunch or free grant to the tune of US$100 million, which China has gifted Mnangagwa’s administration for the construction of that new parliament building. There’s a whole lot more for them to gain in this matrix. Imagine they spent US$200 million in 2012, on an ultra-modern African Union headquarters in Addis Ababa, Ethiopia, and it was China’s largest aid construction project since the 1970s. They’re spending US$100 million on your country’s new parliament. What is it they see in Zimbabwe? We know that some of this land they have acquired is not just for farming, but military purposes. Yes military and I know you have done the maths. The late Libyan dictator, Muammar Gaddafi, had almost identical plans for Libya in Zimbabwe around 2001, when the previous regime offered to allocate him about a dozen large-scale farms, or the equivalent of 10 000ha, as part of an economic co-operation package between Zimbabwe and its then north African ally. That land was earmarked for military purposes.”

In June Mnangagwa toured the new Parliament building in Mt Hampden, that is being constructed by Chinese firm, Shanghai Construction Group, and expressed satisfaction with progress so far, according to Xinhua news agency.

“I am happy that the construction project is on course and that so far no incident has happened. I hope that this good record will continue until completion,” said Mnangagwa.

“This edifice will be one of the most unique parliaments in our region. Besides being unique, its demonstrative of our deepened and comprehensive strategic partnership with China.”

Spotlight Zimbabwe, will publish the sequel to this story next month on the first Friday of that month, to disclose more revelation tying Mnangagwa to the new capital city project, which he is believed to have first accelerated during his tenure as vice president in 2014, after mooting the idea soon after the formation of the Government of National Unity (GNU) when Mugabe appointed him minister of defence.

Another dimension in the forthcoming sequel, shall also demonstrate the alleged link between China’s takeover of Mt Hampden and the military putsch, that unseated Mugabe in November 2017.

Since 2013 when Xi Jinping was elected President, the world’s second superpower is pouring billions of dollars into Africa, running oil and mining firms all over the continent. Beijing is constructing everything from roads and bridges to stadiums and important government buildings.

China has passed the U.S. to become Africa’s biggest trading partner, and is Harare’s biggest foreign investor.
There are fears that Mt Hampden, might become a satelite Chinese city colony, with over 10 000 Chinese living in the country as of 2016. The International Organisation for Migration (IOM), says the number of Chinese citizens migrating to Zimbabwe is on the increase. 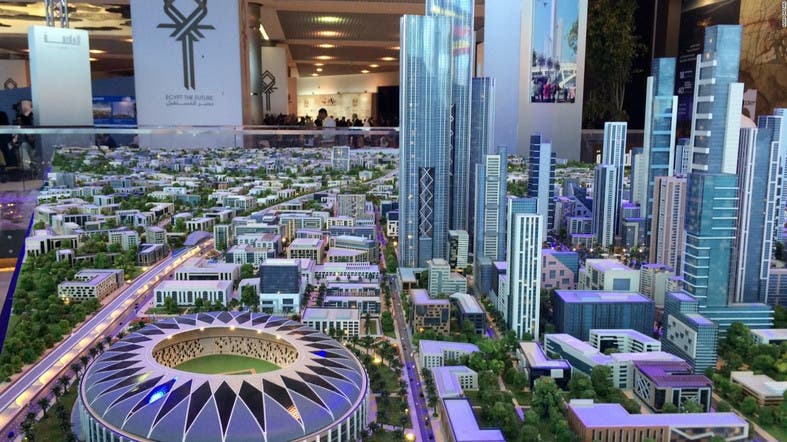 A little closer home, in Kenya, President Uhuru Kenyatta, last year rejected a US$30 billion dollar proposal deal from a Chinese business tycoon, Xeng Yang, to sell Nairobi City, for a period of not more than 5 years.

The Chinese Embassy was yesterday not reachable for comment, while officials at the lands and agriculture minister, Rtd Air Chief Marshall, Perence Shiri’s office, promised to give a detailed response from the minister.