Boris Johnson Will Welcome Man Who Announced Overthrow Of Mugabe 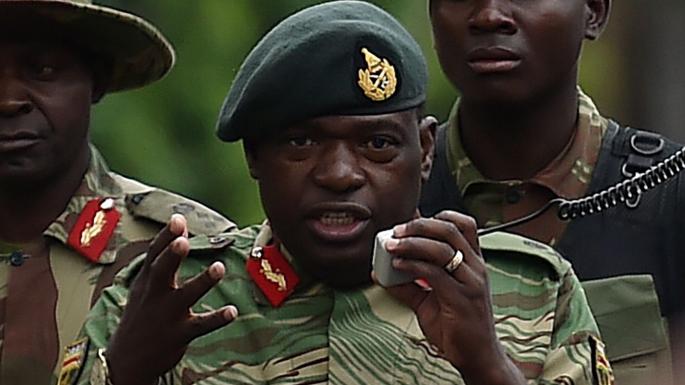 The foreign secretary will act as host to his counterpart Sibusiso Moyo on Friday as part of efforts to encourage Zimbabwe to rejoin the Commonwealth. Mr Mugabe withdrew his country from the organisation 15 years ago in protest at its suspension the previous year over a general election that had been marred by political violence. The Commonwealth declared that the poll had not been free and fair.

He was removed from office last year and his successor, President Mnangagwa, has said that he wants to restore relations with Britain and the Commonwealth. A formal application is expected after a general election in Zimbabwe in July.

It is understood that Baroness Scotland of Asthal, the Commonwealth secretary-general, held talks with representatives from the country last week. Mr Moyo’s meeting with Mr Johnson will be presented as the next stage in the rapprochement.

Mr Johnson said: “Zimbabwe is at a pivotal point in its history, with great opportunities ahead for reform and change. President Mnangagwa has been in power for 150 days and while Zimbabwe has made impressive progress there is still much to do. That’s why Britain, the Commonwealth and the wider international community will do everything it can in supporting Zimbabwe on its path of reform, and I very much look forward to meeting foreign minister Moyo in London to discuss just that.”

Before being made foreign minister Mr Moyo was a major-general in the Zimbabwean army. He was the officer who gave a television statement when Mr Mugabe was overthrown on November 15 denying that a coup had taken place and saying that the president and his family were safe.

Zimbabwe’s armed forces have been accused of orchestrating the violent intimidation of Mr Mugabe’s opponents in past elections but Mr Moyo has repeatedly pledged that this year’s polls would be free and fair. Mr Johnson will seek to underline the need for independent observers.

“July’s election will be a bellwether for the direction of a new Zimbabwe,” he said. “The Zimbabwe government must deliver the free and fair elections the people of Zimbabwe deserve and which it has promised. The UK stands ready in friendship to support a Zimbabwe that fully embraces the rule of law, human rights and economic reform.”

Mr Mnangagwa, who replaced Mr Mugabe after the de facto military coup, has said that Britain leaving the EU was a good thing, because “what they’ve lost with Brexit they can come and recover from Zimbabwe”.

He told the Financial Times: “When we have engagement they [Britain] want to raise the issue about us joining the Commonwealth. I said I’ll be happy to deal with that . . . I personally have nothing against the Commonwealth club.” Zimbabwe has already said that it would invite the US, the European Union and a number of Commonwealth countries to send observers to the elections.

Foreign Office officials said that Mr Johnson was aware of Mr Moyo’s past in the army but believed that, as a close ally of Mr Mnangagwa, he could play a key role in the country’s future.